The Best SUVs to Buy

After a year of some exhaustive testing, we've come up with a list of the best SUVs you can buy. Be it large or small, fast or slow, we know which SUVs represent the cream of the crop, and we've assembled them all here for you. Check out the list below to find out which ones come out on top. 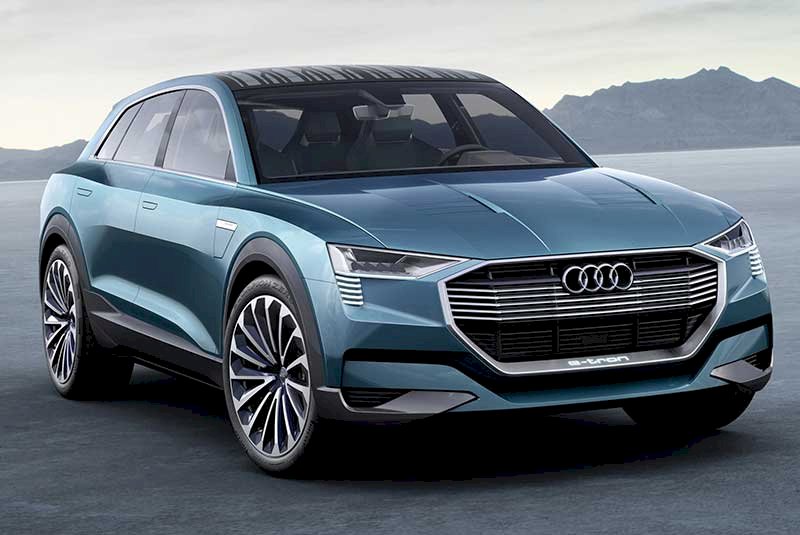 We'll start with a pretty obvious one. The Kia Telluride is our reigning SUV of the Year. It's good at everything. It's quiet, comfortable, easy to use, easy on the eyes, and has plenty of room for you and your tiny tots. It's also loaded with tech and clever storage solutions to make the life of any parents darn easy.

Old but gold. The Honda Pilot is one our favorite three-row SUVs currently on sale, and that's despite the fact that it's nearly six years old. It was an SUV of the Year finalist when this generation first came out, and after some tweaks were made to fix the transmission, it's better than ever. 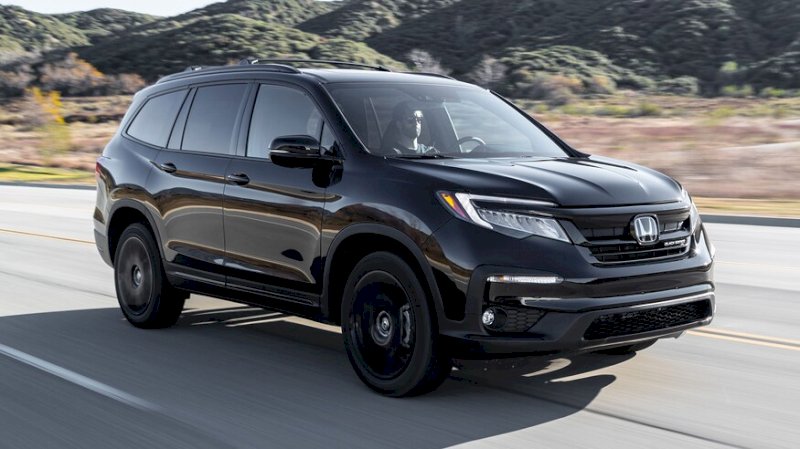 The Ascent is Subaru's biggest car ever. It's also the automaker's first three-row, seven-seat SUV that's genuinely competitive. It's satisfying to drive, well-built, and features an intuitive interior layout with plenty of storage solutions you'll no doubt find handy. This is an SUV that you'll be happy to be inside. 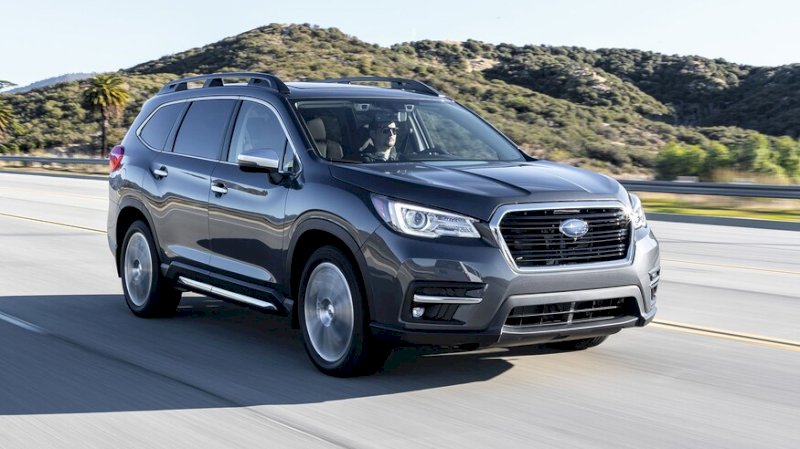 We just keep singing the praises of the Honda CR-V, but that's because it's earned them. The CR-V, our 2018 SUV of the Year, won a compact SUV comparison last year, too. It's built well, easy to drive, comfortable, and perfect for smaller families who don't need seven seats. It's also well-priced and handsome to boot. 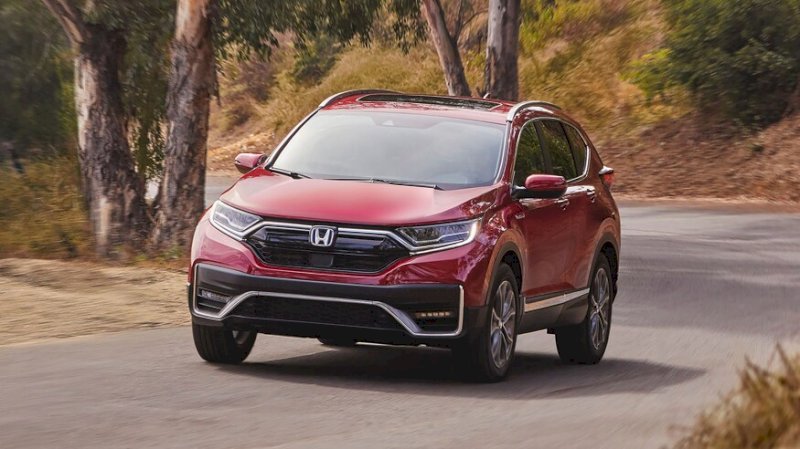 Although some might think of the ever-adventurous Jeep Wrangler as more of a proper off-road rig (especially in Rubicon guise) than a consumer-grade SUV, we see it as both. It was our SUV of the Year in 2019 because it was (and still is) much more comfortable than the car that came before it. It's extremely capable on- and off-road and even offers a mild hybrid powertrain. That's what we call advancement in design. 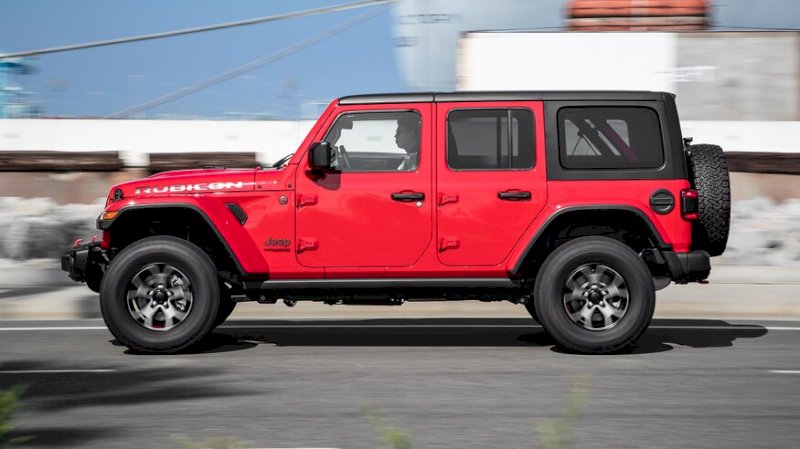 Mazda's CX-5 came in second place (right after the CR-V) in last year's compact SUV big test. It's even better to drive than the CR-V, and we liked its sharp design, both inside and out. The only thing holding it back was a lack of interior space. If you can live with this compromise, the CX-5 is the CUV for you.

There's only one electric SUV on this list, and it's the Audi E-Tron. Stepping into an E-Tron doesn't feel like stepping into the future; it feels like sliding into a comfortable pair of jeans. It's familiar, easy to use, easy to drive, and it makes going electric feasible for people who need more room than the now-dead A3 E-Tron would have offered. 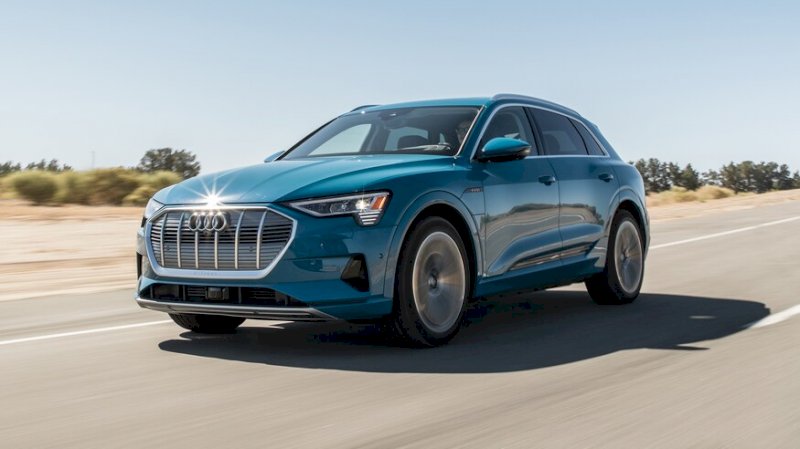 The BMW X5 was a finalist at this year's SUV of the Year competition. We liked its agile and responsive handling, supple chassis, responsive rear steering, and its powertrain options. The X5 drives like you'd expect a real BMW to drive. It's only held back by a spartan second row and an extensive options list that can drive the price up very quickly. If all-consuming power is your thing, there's also the X5M, a 600-horsepower monster that's not afraid of a racetrack. 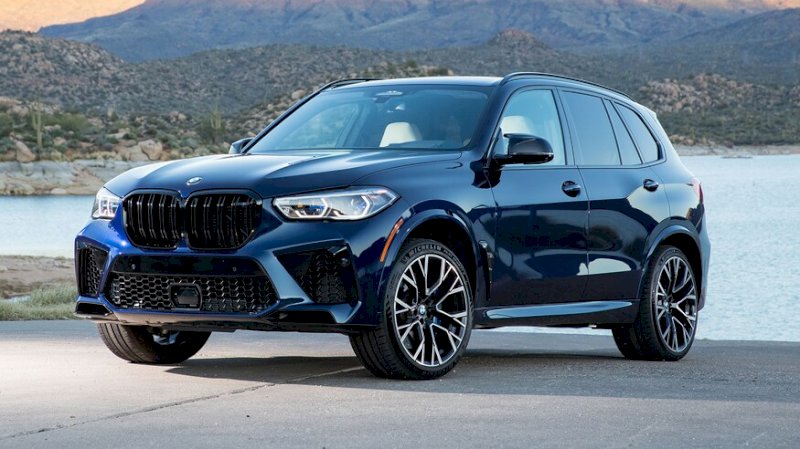 It's no secret that Lincoln has been making some great SUVs lately. The Aviator is one of the newest in a line of handsome, comfortable, and luxurious SUVs from Lincoln. We didn't like the hybrid version and how cramped the third row was. But the Aviator is a smart, well-made American SUV that takes the fight to the established German luxury brands. 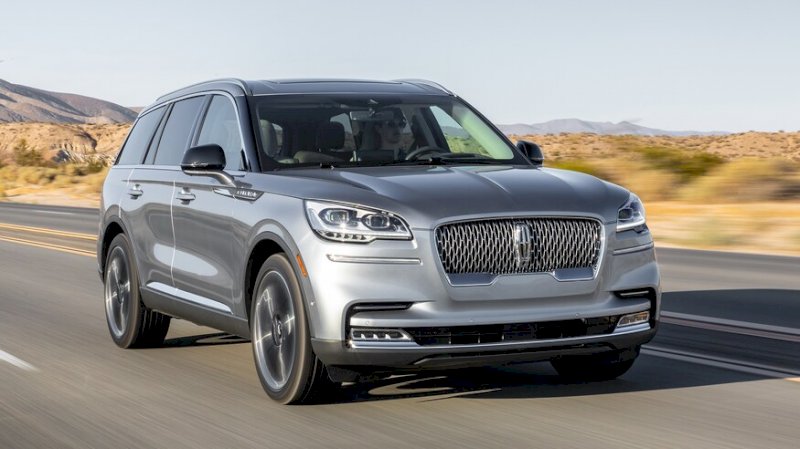 You're looking at the biggest and baddest SUV—yes, bigger and badder than even the G-Class—in the Mercedes range. The GLS is one of the three-pointed star brand's most impressive SUVs to date. It's got two powerful engines to pick from, and inside, it is pure luxury. An SUV finalist for this year, the GLS was held back only by its fiendishly complex MBUX infotainment system and Active Body Control system that didn't do its job. 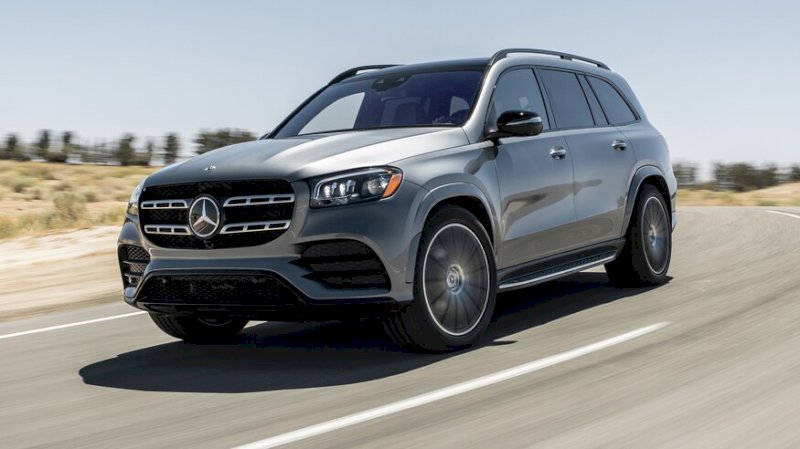 The Porsche Cayenne is seemingly always on lists like this. It's competent, comfortable, and drives like a Porsche should. That doesn't make it perfect. It also costs as much as you expect a Porsche to, (that is, a lot) and it isn't as fuel-efficient as we'd like it to be. 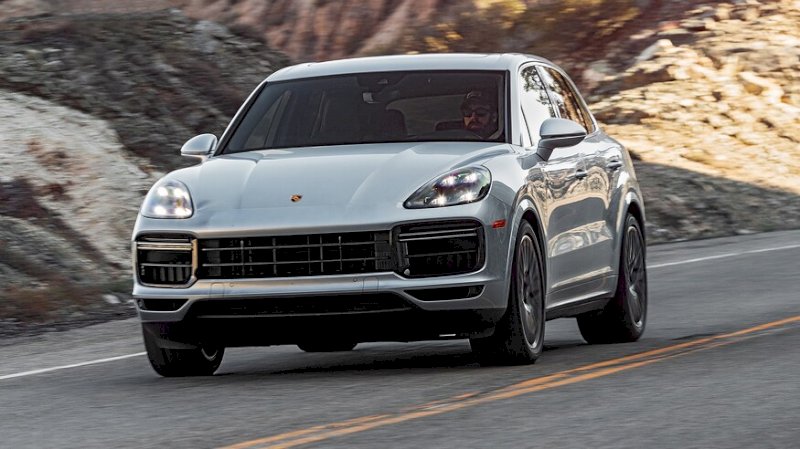 The Mercedes-Benz GLC won our SUV of the Year award three years ago. But guess what? It's still great. For the 2020 model year, it receives a more powerful 2.0-liter turbo-four with 255 hp and 273 lb-ft of torque. The new engine is powerful and robust, and it returns up to 29 mpg on the highway. All that is in addition to being comfortable and luxurious. 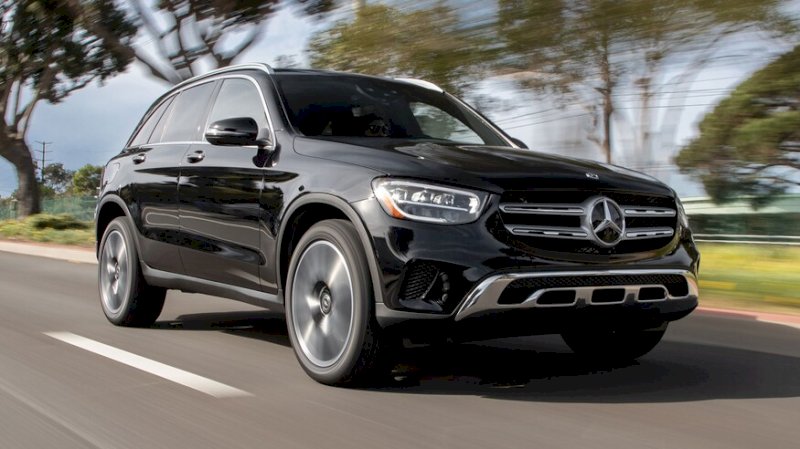 Though some might view the Subaru Outback as merely a lifted wagon, it routinely outperforms more traditional-looking SUVs in comparison tests. During our 2020 SUV of the Year program, the Outback did well, earning a place as one of our finalists. We loved its great ride and value proposition but found its infotainment UX to be subpar. That said, if you want something safe, good looking, and with AWD, the Outback ticks a lot of your boxes. 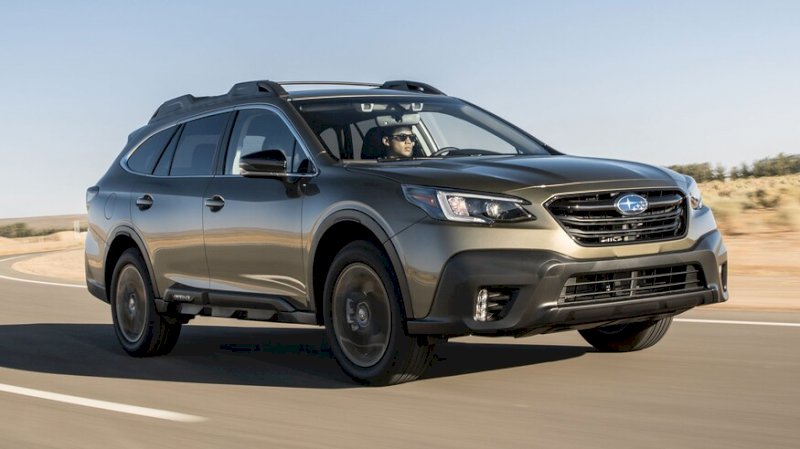 The Volvo XC40 recently beat out the Audi Q3 in a comparison test to see which CUV appealed best to the millennial buyer. We loved its good road manners, funky orange suede interior, and handsome good looks. If you're looking for a small, clever, and fun-to-drive entry-level luxury CUV, you really don't have to look much further. 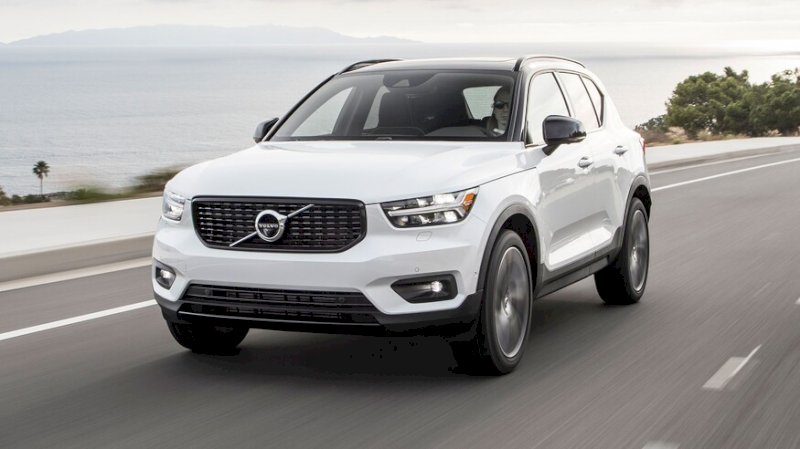 Do you currently use a slow, beat up, battery-draining phone? It's time for an upgrade. The new blazing-fast Samsung Galaxy S20 smartphones are pricey, but shopping around can save you hundreds of dollars[BREAK]. See these amazing deals below.

10 Health Benefits of Keto Dieting (In Addition To Weight Loss)

There's no denying the popularity surrounding the ketogenic diet, and it's easy to understand why. This low-carb approach to dieting guarantees speedy — and, sometimes, long-term — weight loss. But shedding a few pounds isn't the only perk from t…

Amazing Deals & Lease Specials On The All New Kia Stinger

Right now, qualified buyers can find MAJOR cash-back deals and super-low financing offers on the popular new Kia Stinger. If you don't want to buy the Kia Stinger outright, check out some of these attractive lease deals from your local dealerships. I…