Where Can I Find The Best Travel Deals?

Finding the best travel deals is a matter of timing. A lot of people think travel is just plain expensive, but in reality, there are incredible deals happening all the time. They usually don’t last too long, and you have to act quickly. That can sometimes be a problem when a deal requires jumping on a plane tomorrow (how many people can do that?), but in fact, most deals are for months in the future, giving you ample time to plan your schedule. Check out the best current deals below. 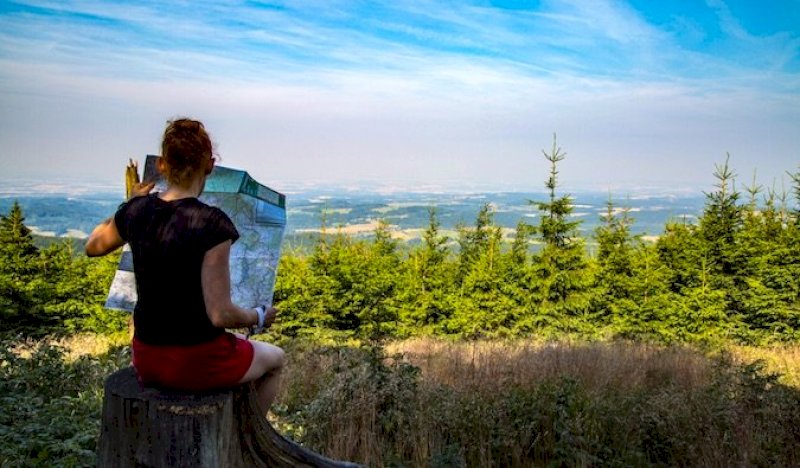 Travelocity is one of the largest travel sites in the world, and although it has a lot of similarities to other sites (like Priceline and Expedia), I am consistently impressed with its travel packages. Instead of just booking a flight and room, you can combine airfare, hotels, rental cars, and more.

I'm often surprised how many people book these elements separately, or just wait until they arrive at their destination to figure out the details. If you're not using rewards points to fly, Travelocity is one of the best services for saving money on the overall cost of your trip. According to the company, people who combine even just their flight and hotel save $525 on average. That’s a lot of cocktail money.

Some travelers are more spontaneous than others. For people who like to hop planes on a whim, Airfarewatchdog will quickly become your best friend. This service sets itself apart by monitoring airline sites for sales and discounts.

The best part? Airfarewatchdog employs flesh-and-blood people, who spend their days seeking out the best fares. It's kind of like having a personal travel shopper. Airfarewatchdog does the research for you, and all you have to do is sit back and wait for the deals to rush in.

The company specializes in last-minute fares, particularly the “blooper” and “mea culpa” fares that result when an airline messes up. Unlike a lot of companies, these folks incorporate smaller airlines as well, such as Southwest and Allegiant, which are known for great prices but are often skipped over. If you're not tied to a particular brand, this is a great way to save money.

About 27 million members can't be wrong: Travelzoo has become a popular venue for great savings, as the site has partnered with over 2,000 companies.

Travelzoo’s search capabilities are breathtaking, and you can even use multiple search engines to track down the best offers. CEO Chris Loughlin has boasted in interviews that the site never publishes a deal he wouldn't book himself.

Travelzoo has won a lot of accolades for its quality, especially when it comes to international flights. Want to backpack through Europe, but you're not picky about where you start? You can even search deals by continent.

For years, Kayak was the reigning champion of travel sites, aggregating the data from hundreds of services, including booking companies, airlines, and travel agencies.

Kayak is particularly suited for people with open-ended travel plans, enabling you to find recommendations within a certain budget. The site’s “Explore” tool shows you a world map that highlights each destination and a conspicuously cheap fare. For example, you might scroll over Asia and find a flight to Tokyo for $650. The dates might not be ideal, but the information will help you figure out the best times to book.

While a lot of services will track airfares and notify you when they rise or drop, Kayak boasts a “Price Predictor,” which anticipates the fluctuation in price before booking. Remember, nothing on the internet can perfectly prognosticate the future, but Kayak’s metrics are a helpful gauge.

Few will be surprised that Google Flights ranks number one on my list, but for me, it's not just because Google has so much data at its fingertips. It's nice to be able to compare so many different airlines and agencies, but the real reason Google excels is this: The search engine can tell the difference between a cheap flight and a good flight.

Many of us have made this mistake, booking a flight for a song, only to end up with a cramped seat, hidden baggage fees, and no meal. Even if you like to rough it, there is nothing wise or convenient about a 3 AM departure from Guatemala City.

Google Flights allows you to set certain parameters when you search. Although many services let you modify your search options, let's just say that Google Flights is particularly good at it.

For fly-by-night tourists, Google’s most impressive feature is searching within a date range. Suppose you want to travel somewhere in Africa in October. You can select the dates you're available, and Google will figure out the best days and destinations for you.

As most serious travelers know, the best journeys are full of pleasant surprises.

However, if that's all you use it to do, you're missing out. There are some amazing features built in that make planning that vacation so much easier.

How Do Keep My Cholesterol In Check So I Stay Healthy?

When you have high cholesterol, the first thing to do is to change your diet and fitness: less saturated fat, no trans fat, less sugar, and more activity. If that doesn’t bring down your "bad" (LDL) cholesterol enough, doctors suggest that you also…

Do you currently use a slow, beat up, battery-draining phone? It's time for an upgrade. The new blazing-fast Samsung Galaxy S20 smartphones are pricey, but shopping around can save you hundreds of dollars[BREAK]. See these amazing deals below.

The Best Cars to Buy

From sports cars and family SUVs to hybrids and pickup trucks, 2020 is a big year for automobiles. The new decade is starting off with a bang with lots of competitive new cars in just about every segment. To help you with your car shopping, we’ve c…